The best-rated saltwater spinning reels can cost well over $1000, so if you’re a serious saltwater angler, you’re going to have to spend a pretty penny for the cream of the crop.

The key to finding the best spinning reels for saltwater is two-fold: one, the reel must stand up to salt kicking its ass all day long, and two, it needs to be strong enough to apply up to 50 pounds of drag to be able to pull in fish could swallow you whole. With the spectrum of sizes so broad for the potential fish you can catch in the ocean, they spectrum of prices for the best saltwater spinning reels is equally as wide-ranging.

The best-rated saltwater spinning reels can cost well over $1000, so if you’re a serious saltwater angler, you’re going to have to spend a pretty penny for the cream of the crop.

Of course, you don’t have to pay an exorbitant amount to get a quality saltwater spinning reel that will work both inshore and offshore. If you’re looking for the best big game saltwater spinning reels then yeah, you’ll have to pony up for a high-quality reel. However, if you’re cool catching 40-pound tuna or red fish, there are plenty of reels that can get the job done.

Part of what makes Daiwa the finest manufacturer is that they are unsurpassed when it comes to sealed saltwater spinning reels. What that means is they are manufactured with a key focus to keep salt out and keep the reel running smoothly. Ultimately, other than size, the seal is what separates saltwater reels from freshwater reels.

When it comes to the best high-end saltwater spinning reels, Daiwa doesn’t disappoint, with their gorgeous Saltiga Dogfight proudly representing.

The first and most important aspect of the Dogfight and most Daiwa saltwater reels is the Mag Sealed construction. This includes 3 Mag Sealed ball bearings and 11 corrosion-resistant ball bearings. Why is Mag Sealing important? Because it keeps salt and water out of your reel. How it works is that magnetic oil is in place between the inner and outer ball bearings, which ultimately keeps everything tight and in place without any of the elements making their way inside.

What is magnetic oil? Great question, it appears that magnetic oil is of a new generation of nano fluids, which has the ability to change shape and density when it comes in contact with a magnetic field.

Basically, think of the Dogfight as the superhero of reels.

The rest of the manufacturing goodness consists of a 14-bearing system. A sealed, and then Mag Sealed ball bearing line roller. A full-time dual anti-reverse, DigiGear digital gear design, an air rotor of zaion carbon composite, and a rigid aluminum body. No stone has been left unturned for ensuring that the Daiwa Saltiga Dogfight is the ultimate high-end saltwater fishing reel.

Below are the two models available:

A lesser known company named Accurate has developed the best saltwater spinning reels for big game with their TwinSpin reels. The key to Accurate’s success is a patented TwinDrag system that applies drag to both sides of the reel. This allows anglers to put more pressure on fish than the competition can with the same size of reel.

The TwinSpins also features a pre-set drag knob, which allows you to set and retain your drag settings even when switching to alternate spools of line. With the highest quality inner parts and its patented TwinDrag system, the Accurate TwinSpin line of reels cannot be beaten for big game. They are also 100% made in the USA.

Daiwa made a commitment to creating the highest quality, lightweight yet tough spinning reel on the market. The result of that dedication is the newest Daiwa Exist spinning reel, which embodies what Daiwa calls the LT concept, combining the two contradictory descriptors “light” with “tough.”

To conquer the lightweight part of the equation, Daiwa used what they describe as an “amalgamation of multiple subtle technologies and design advancements that allow the weight of the reel to be reduced to its bare minimum, and begins with the MONOCOQUE body.”

Daiwa also redesigned the spool to be “uber thin” and “allows the effortless, functional, synergy between angler and reel to be achieved.”

This is some magical shit, apparently. Now, I have never personally used one of these beauties, but from my research I can conclude that Daiwa was not messing around when they developed this reel. If you want the best lightweight saltwater spinning reel, the Exist is it.

The rest of the reel features all of the advancements that anglers have come to expect from Daiwa, including a new Tough DigiGear technology. The Exist is Mag Sealed throughout, providing definitive protection from outside elements. Finally, Daiwa has even increased the spool size to give the ultimate long cast, while still maintaining an uber-light weight.

The result is by far the best lightweight saltwater spinning reel on the market.

At a bare minimum, a saltwater spinning reel must be sealed. While none of the reels below are special enough (read expensive enough) to be Mag Sealed, the mechanisms working inside of the reels below will still have measures of protection against a buildup of salt. You won’t find any of the best Shimano saltwater spinning reels on this list because I don’t find them to be a good value for the price.

A company I do find plenty of value in is Penn, which makes the best affordable saltwater spinning reels for my money. Penn makes some of the best sealed reels on the market with their Battle, Conflict, and Slammer lines.

The first feature of note on the Slammer III is that it is sealed to IPX6 certification, which means that it’s
“Protected against heavy seas. Water from heavy seas or water projected in powerful jets shall not enter the enclosure in harmful quantities.”

You can buy the Penn Slammer III up to size 9500, which gives you the versatility to go after big-game fish. It also features CNC gear technology with a full metal body, rotor, and side-plate. An instant anti-reverse is standard. For my money, the Slammer III leads the pack of the best mid-priced saltwater spinning reels.

If you don’t want to spend quite $300 on the Penn Slammer III, you can still come away with a high-quality reliable reel with the Penn Conflict II series of reels. You can buy a 7000-size well-equipped for saltwater fishing for under $200. Or for smaller inshore fishing, you can find one of the best saltwater spinning reels under $150 in the 2500 series of Penn Conflict II reels.

The Conflict II has a 7-bearing system, and has a body machined with CNC technology.

Features such as a lightweight Air Rotor, Mag Sealed construction, stainless steel Air Bail, and a DigiGear digital gear design are all here in the Saltist Back Bay. What’s different about this smaller reel is a 7-bearing system rather than 14, and a max drag of 15.4 pounds.

If you’re looking purely for an inshore options, the Saltist Back Bay is a clear top choice for the best saltwater spinning reels under $200.

Braided line is without a doubt the preferred line choice for most applications, and saltwater fishing is no different from my perspective. An argument can be made for the stretchiness of monofilament, which would give an angler more forgiveness before the hook is shed. However, the fact that braided line is much stronger per diameter than mono makes braid an easy choice.

The best braid for saltwater spinning reels is going to be the strongest braid you can find. For my money, the strongest braided line that I’ve found, and one that comes at a very reasonable price, is Reaction Tackle High Performance Braided Fishing Line. 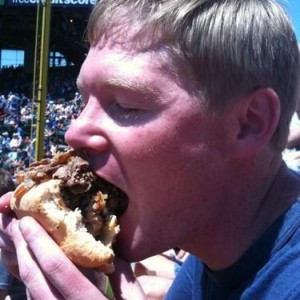